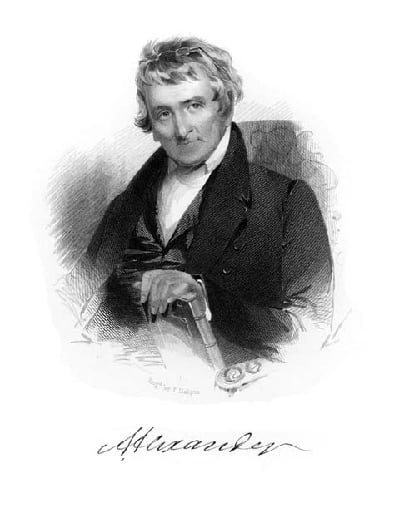 In his Thoughts on Religious Experience, Archibald Alexander asked why we grow so slowly as Christians.

First, he rounded up the usual suspects: “The influence of worldly relatives and companions, embarking too deeply in business, devoting too much time to amusements, immoderate attachment to a worldly object,” and so forth.

But then he drilled down further and asked why such things even get a hold on us, “why Christians commonly are of so diminutive a stature and of such feeble strength in their religion.” He proposed three reasons:

1.  “There is a defect in our belief in the freeness of divine grace.” Even when the gospel is acknowledged in theory, he wrote, Christians define their okayness according to their moods and performances rather than looking away from themselves to Christ alone. Then, in our inevitable failure, we become discouraged, and worldliness regains strength in us, with nothing to counteract it. “The covenant of grace must be more clearly and repeatedly expounded in all its rich plentitude of mercy, and in all its absolute freeness.”

2.  “Christians do not make their obedience to Christ comprehend every other object of pursuit.” We compartmentalize our lives, and Jesus becomes a sidebar to the more compelling things of every day, like making money. “The secular employments and pursuits of the pious should all be consecrated and become a part of their religion.” That way, our work Monday through Friday is no distraction from Christ but more activity in Christ and for Christ.

3.  “We make general resolutions of improvement but neglect to extend our efforts to particulars.” Rather than be satisfied that we haven’t sinned hugely on any given day and therefore we must be doing okay as Christians, we would grow more by strategizing for specific, actionable, new steps of obedience on a daily basis.

If we are not on a growth trajectory, there is a reason. Let’s get fed up with ourselves, let’s figure out what’s holding us back, and, trusting in the Lord, let’s make some bold changes!