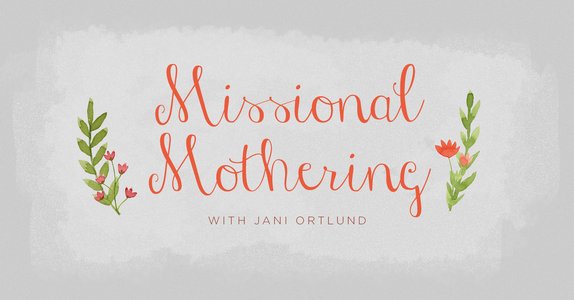 Young mother, it seems like everyone wants something from you. And you’re probably already giving way more than you ever thought you could give. But even with all your giving, you might struggle with guilt—lingering, joy-drenching, energy-sapping guilt—that you should be doing more, giving more, accomplishing more.

For the Young Mother: Ministry, Guilt, and Seasons of Life

Someone is going to be influencing your children, inculcating values and imprinting standards on their impressionable young minds. Let it be you!

Being all there” for your kids”

October 5, 2010
Jani Ortlund
Being a mother is just plain, hard work. At times, it feels like slave labor! Moms can identify with the cartoon…
Read More
Jani's Posts

It was only a thing””

September 21, 2010
Jani Ortlund
While we were living in Scotland, my husband’s parents stopped to visit us on their way back to the USA…
Read More
Jani's Posts

September 14, 2010
Jani Ortlund
Worry eats at us. It mires our hearts in apprehension and fear. It saps our strength and drains our peace.…
Read More
Jani's Posts

I can’t” is relative”

August 13, 2010
Jani Ortlund
It was late at night after a long and alarming day at the hospital trying to figure out what was…
Read More
Ray Ortlund Sr. 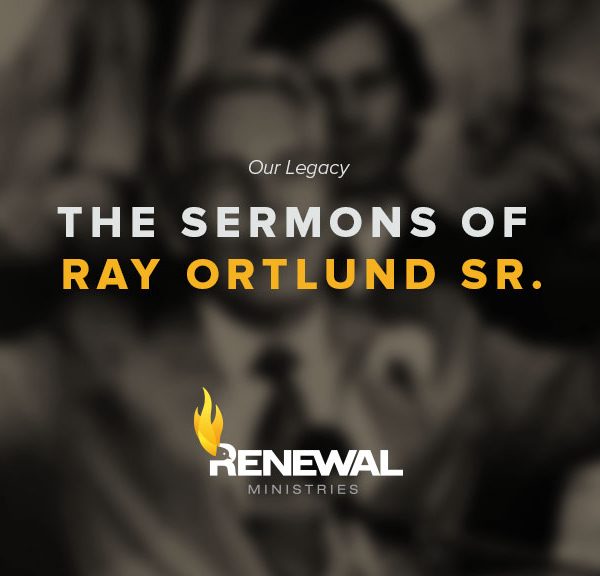 The Path to Your Renewal: What can you expect?

A rather new Christian came into a group of older believers and noticed that the conversation had gotten rather sour, and that these older believers were expressing their fears about the world, and about this and that. They were really being very cynical, and in being that way, these older, mature believers were really grieving this new Christian that they would talk that way, having all that they have in Christ. Later she said, “You know, I don’t want to be a mature believer if that’s what you become.”

The Biblical Pattern of Life

You’ve played that game, “Who Am I?” haven’t you? You ask a person to say who he is in three short sentences. A person who is aware of his role as a father will probably say something like “I am a father; I am a man: and I am a breadwinner.” Or a person committed to Christ might say, “I am a Christian; I am a Christian woman or man; and I am a witness.”

The Well Springing Up Within You

John chapter 4 brings us to a discussion about water, which has fabulous implications for how you should view your Christian life. Listen with the “ears of your heart,” as Jesus calls them, as you get the picture.

World War II correspondent, Ernie Pyle, saw a lot of suffering and death. Once deeply discouraged, he wrote to a friend, “I wish you’d shine any of your light in my direction. God knows I’ve run out of light.” I believe that’s the need of many people in the world today. On every side we see things that greatly distress us.

How To Begin Again

Sometime ago the Los Angeles Times published a study on boredom. Boredom can become epidemic. It’s often a terminal disease. A lot of people are “partly living and partly dying of boredom.” Boredom is a refusal of joy. It’s a tragedy when joy is available.